On June 7th & 8th at our offices located at Lancaster Archery Supply, new and exciting alliances were formed. The two day meeting is the result of a year & a half search to find proven state-of-the-art service providers to fufill the disciplines represented in the GFAA copyrighted Mentoring/Coaching program.

Among those selected and pictured below are Rob Kaufhold, owner of Lancaster Archery, Skip Latella, founder & owner of Flexor SportsTraining and Joe Luciano, founder of Motion Sports 3D.

These, and others representing nurtition, diet, physical therapy and PM&R, have agreed to work together to support our comprehensive archery training, based in the USA Archery/National Training System (Coach, KiSik Lee).

GFAA continues to work toward the most complete archery shooting program to date. 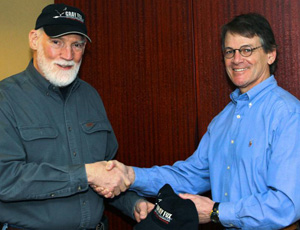 Doc McCune, Founder and President of Gray Fox Archery Association, and “Skip” Latella, President of Flexor, have agreed to work together based on the complementary nature of the services their organizations offer to the archery world and sports in general.

The Flexor training system, developed by internationally known sports physiologist Skip Latella, provides an interactive instruction and conditioning methodology created for athletes who are focused on maximizing their performance.

Working together, GFAA and Flexor will provide sport-specific training and “in-position” conditioning that will create the desired patterns the athlete needs for high achievement and continuous improvement in their sport.

It is believed this alliance will bring together the remarkable benefits of both organizations. The results will be improvements in brain-body connection, stability, posture, flexibility and strength, and will enhance the coach/athlete relationship by providing the best in feedback and coaching.

We at Gray Fox archery are pleased to announce our alliance with Flexor and eagerly anticipate the results this will bring about at all levels of training in the world of archery.

Take a moment to visit Flexor’s website and learn more about their archery products and services.

With the advent of our new offices at Lancaster Archery Supply opening in mid-February, will be able to expand our mentoring and coaching programs. This year we will be launching several new programs that are under active development. We are pleased to announce that we have formed several partnerships with local organizations to bring On-Target Mentoring to many more people.

The Gray Fox Archery Mentor/Trainer Program will be launched in private and charter schools in Eastern Pennsylvania. Carli Cochran, a well known Olympic archer in training, has agreed to be trained as one of our first GFAA Certified Mentor/Coaches. Carli has been a member of the Junior United States Archery Team for three years and is currently (Feb. 5-9) shooting at this year’s World Archery Indoor Championships in Las Vegas.

GFAA is working jointly with Victory Place residential program (certified by the department of public welfare, PA) and La Academia charter school to create archery-based training programs that will be launched in the second quarter of 2012. Both schools are located in the greater Lancaster area. Using archery as a metaphorical medium, we create opportunities to promote disciplined personal growth for oneself, form able relationships, and gain a working understanding and respect for others throughout the generations. La Academia is a well-established charter school that shares Gray Fox Archery’s interests in implementing programs that build a foundation for ethical, honorable, correct and just relationships.

Starting in March of this year, we will be training Officers of the Cornwall Borough Police Department to be GFAA Certified Mentor/Trainers. Their training is in preparation for presenting a variety of community based archery programs. Police Chief Bruce Harris & his department are well known for offering community based programs in the interest of crime prevention, and we are proud to be working with them. The Gray Fox Archery goal of addressing one of society’s major problems, the breakdown of meaningful relational contact within and between the generations, is what really struck a chord with the police chief. He is adamant about promoting healthy relationships within the community to reduce the levels of crime and foster a better environment for everyone. 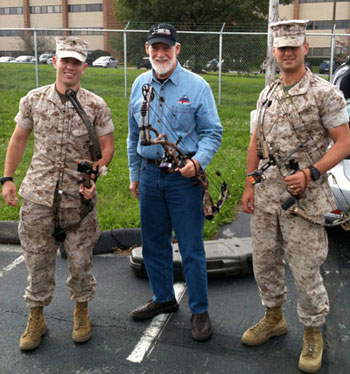 We are continuing to develop contacts within the military to assist and advise us in the creation of programs for returning and wounded military personnel. Sgt. Michael A. Ros, U.S. Army, Retired, has a long history in the archery community. He has trained children and young adults, receiving his Level II Intermediate Coaching certificate in 2008. He also shoot professionally, attending as many tournaments as he can.

Doc and Mike Ros met at the LAS Classic, where he was competing, and it became clear that he shares our interest in developing an archery rehabilitation program for wounded warriors.

“Soldiers come back (from war) angry and don’t know why. Archery can be a tool to help them channel their negative energy into something more positive.” -Mike Ros 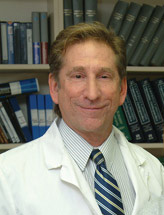 Doc, as a Clinical Associate Professor in Physical Medicine and Rehabilitation, and Dr. Gerald E. Dworkin, DO, Chairman of the PM&R at the Philadelphia College of Osteopathic medicine and well known Physiatrist, are working together to develop a preliminary study leading to a formal long-term research project. This initial effort is to design, study, and evaluate the effectiveness of the GFAA’s Target Archery as a method and system for reinforcing/augmenting the human body’s adaptive resources for rehabilitation, restoration and recovery. Following this initial work, and in anticipation of positive indicators, the three year formal research project will be funded by a well known health care insurance organization.

The 9th annual Lancaster Archery Classic took place over the last weekend of January. Professional and amateur archers from across the country and around the world traveled to Lancaster, PA to compete for prestige and prizes. Gray Fox Archery members took part in the event as volunteers, both to help the competition go smoothly and to promote our organization. Exciting as always, the event was a great success and we made some new friends and contacts.